Today is International Grenache Day. (I always wonder who decides things like that.) When I was in my mid-twenties and discovering wine, I thought of grenache like "burgundy," a light, sweet, and fruity wine. I'm not sure where that perception came from. Certainly it's true that grenache doesn't typically make wine as deep and tannic as cabernet sauvignon. It cannot abide as much oak as cabernet. But in the right hands and grown in the right region, grenache can make an impressive wine with great structure and the ability to age for decades. 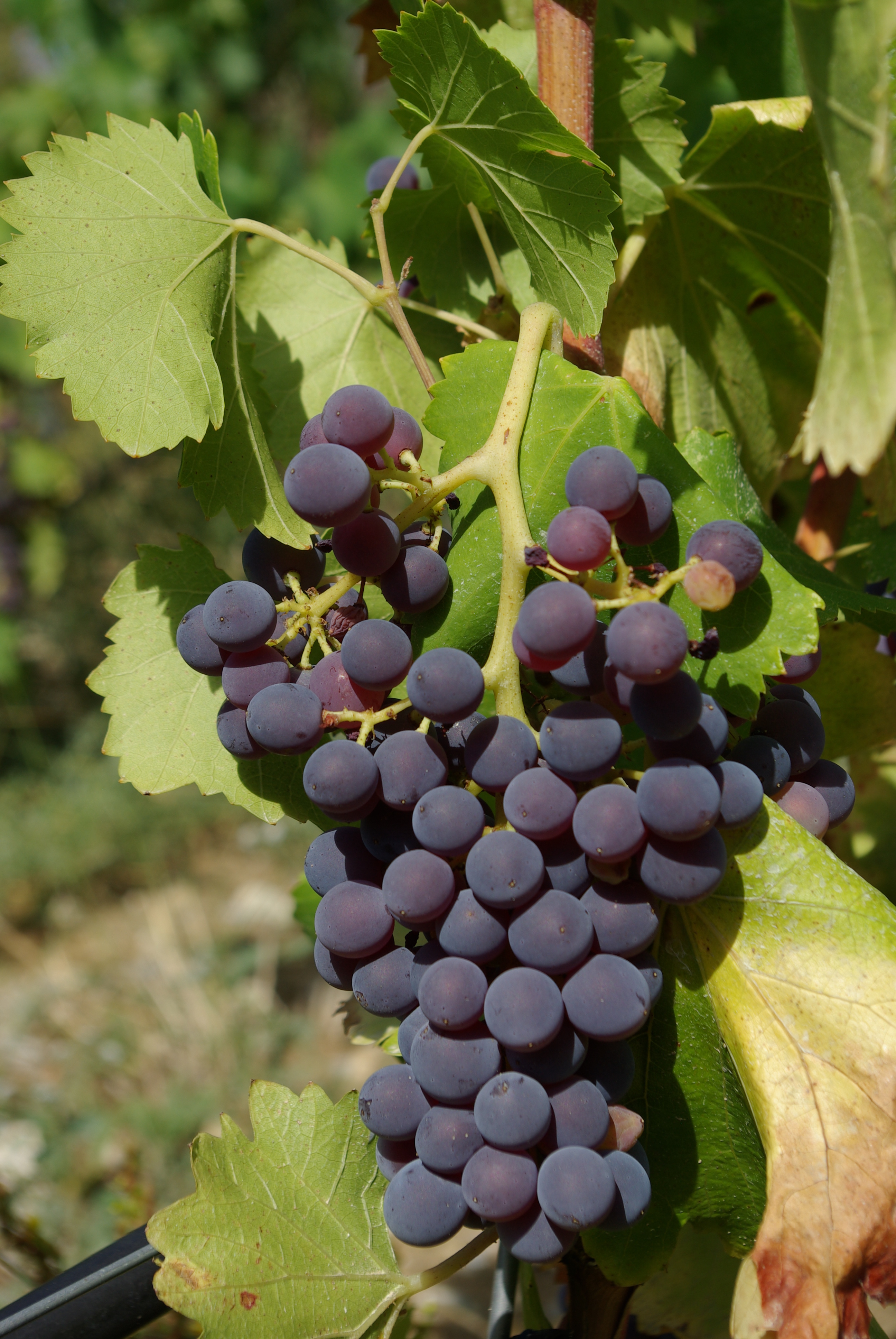 Grenache is the leading red grape of the southern Rhône valley, including Châteauneuf-du-Pape. It's also growing in popularity in California, especially in the Sierra foothills and the region around San Luis Obispo. Here, as in the Rhône, it's often blended with syrah and mourvèdre in what's called a GSM wine. According to The Wine Bible, there's good reason to blend: "In the southern Rhône's hot, dry climate, such classic grapes as syrah can lose their focus and intensity. Other, less noble grapes may adapt well to the heat, but they rarely possess enough character on their own to make a satisfactory wine. Blending is a way of creating a whole wine that is more than the sum of its parts." The same hot, dry climate is present in much of California, of course.

All this is a preamble to a reminder about grenache tastings today organized by the Rhone Rangers. I'm going to Caverna 57 in Sacramento to taste grenache from the Sierra foothills, including Holly's Hill Vineyards, Sierra Vista Vineyards and Winery, Crystal Basin Cellars Winery, and others. More information about this event here: International Grenache Day.

To learn more about grenache tastings in other areas around California, see the Rhone Rangers website.